RealEstateInvestor.com.au > Blog > A new government and strong outlook for property

A new government and strong outlook for property 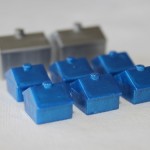 We now have a new government and property is starting to become a lot more favourable. We are seeing positive stories about property prices in the media and it is not hard to see why. The next wave of the property cycle is beginning and right now is an ideal time for investors, here are some of the reasons why.

1. A Government that is supporting growth

The new Government is more business focused and have stated that they will be dropping the Mineral and Resources Tax, and the Carbon Tax. This is encouraging mining and resources companies who put off or slowed down projects this year to swich back on. This is driving infrastructure projects, adding employment and the growth of the economy. All these factors are driving the growth of property.

2. Our economy is in good shape

The Australian economy is the envy of most developed nations and we have gone for two decades without a recession. The Reserve Bank also believes that exports will increase and we will see stronger economic growth returning to Australia.

Our national population increased by close to 400,000 people last year, which is the equivalent of adding a city that is the size of Newcastle. This is great for property because all these people need homes to live in!

Australia truly is the lucky country. We are also the wealthiest. This was confirmed in the Credit Suisse 2012 Global Wealth Report which showed that Australians are now the richest population in the world with a median wealth per adult of US$194,000.

5. Finances are in good shape

Over the last few years most Australians have been getting on top of their cash, rather than overspending. Many have reduced their credit card debts, been saving and taking advantage of low interest rates to pay down their home mortgage.

In addition, rising stock prices on the ASX and the value of homes increasing has helped the financial position of households.  This robust equity will allow many Australians to ramp up borrowings and get into the property market over the next years.

Some jobs may have disappeared, but many new jobs are being created and unemployment levels look to remain comfortable at around 5.7%. In addition, the new government has triggered strong positive outlook which in turn affects consumption, investment and employment.

Australia’s low inflation rate means that the Reserve Bank can keep interest rates low or could even consider reducing them further if needed to stimulate our economy.

8. Interest Rates are low and likely to remain low for a while

Our low interest rates are allowing home owners to pay off their mortgages quicker and given some who over committed some extra breathing space. Best of all these low rates are making investment properties a very attractive option with positive gearing easily attainable in well structured properties.

9. Consumer confidence is picking up

According to a Westpac report more of us are optimistic than pessimistic with greater consumer sentiment. So although it has been fragile over the last few months it is now picking up significantly after the election and with a new Government in place.

10. Bad news around the world is subsiding

Many of the fears that plagued us over the last few years around the global economy are subsiding. The US economy is picking up, China’s economy has not collapsed and Europe seems to be stabilising.

So it’s good news all round for property markets

Having bottomed last year, house prices are rising again which is a trend that should continue.

With low interest rates, strong population growth, job stability, affordability and rising rentals more people and more will get into property this year.

For those who don’t want to miss out on this next wave and are looking to make the most out of this next property cycle boom should strongly consider these positive signs.